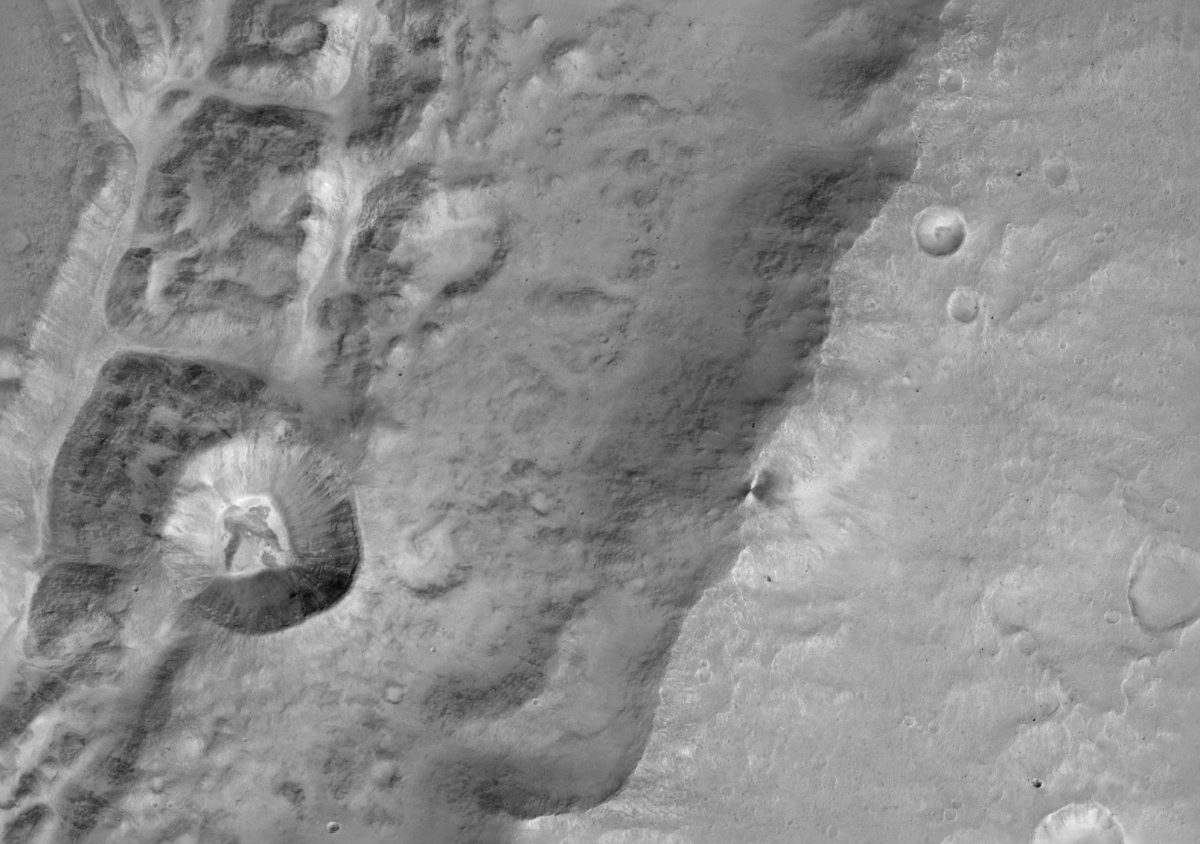 The Mars camera, whose structure, onboard computer, and rotation mechanism were built by the University of Bern, has returned its first images from orbit.

CaSSIS (Colour and Stereo Surface Imaging System), which was developed by a team from the University of Bern led by Prof. Nicolas Thomas from the Center of Space and Habitability (CSH), captured its first high-resolution images of Mars last week. They were taken as part of an eight-day campaign to test the camera’s capabilities and functions for the first time since arriving at the Red Planet on 19 October. CaSSIS worked almost perfectly and provided impressive views of the surface, according to a press release. «The first images we received are absolutely spectacular – and it was only meant to be a test», said Nicolas Thomas.

The primary science phase will start around the end of 2017. CaSSIS will then enter nominal operations acquiring 12 to 20 high-resolution stereo and color images of selected targets per day. In the next months, the Bernese team will work on further improving the onboard software and the ground post-processing.