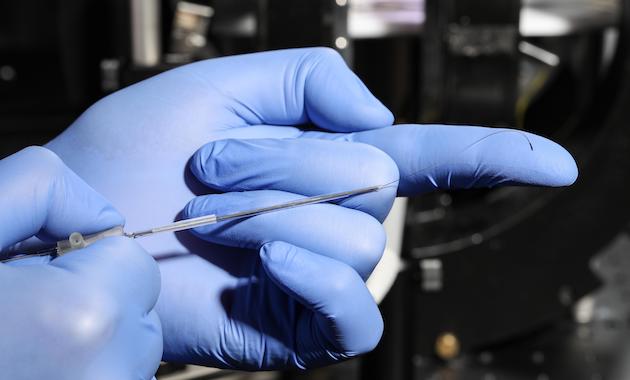 Researchers from EPFL have invented a technique to navigate electronic devices that are smaller than human hair inside blood vessels and reach arterioles. The next step will be conducting in vivo tests.

The cardiovascular system uses the blood that circulates in our veins and arteries to transport oxygen and nutrients to every tissue in the body. Scientists from EPFL have decided to harness hydrokinetic energy (mechanical energy resulting from the motion of liquids) to get to places in the human body without resorting to invasive methods.

Doctors can access patients’ arteries by pushing and rotating guidewires, and later sliding hollow tubes called catheters. However, when arteries begin to narrow, especially in the brain, this advancement technique reveals its limits. Scientists at EPFL’s MicroBioRobotic Systems Laboratory (MICROBS) engineered tethered microscopic devices that could be introduced into capillaries with unprecedented speed and ease.

The devices consist of a magnetic tip and an ultraflexible body made of biocompatible polymers. Since no mechanical force is applied directly at the vessel wall, the risk of causing any damage is very low. Moreover, harnessing blood flow could reduce the operation time from several hours to a couple of minutes.

Researchers at EPFL’s School of Engineering (STI) tested the device inside artificial microvasculature systems. The next phase for the Vaud-based researchers will be tests on animals with state-of-the-art medical imaging systems. Scientists are also hoping to develop other devices with a range of on-board actuators and sensors.

MedtechMicro/Nano Technology
Back to newsroom 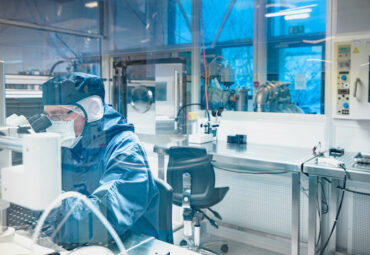 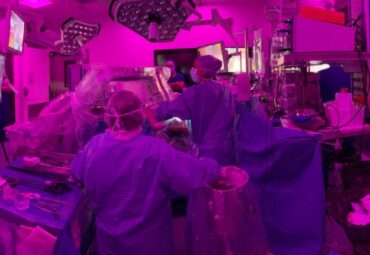 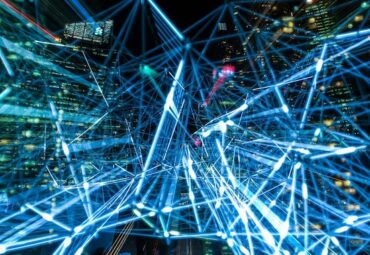