“What works in Switzerland, works in the rest of the world” 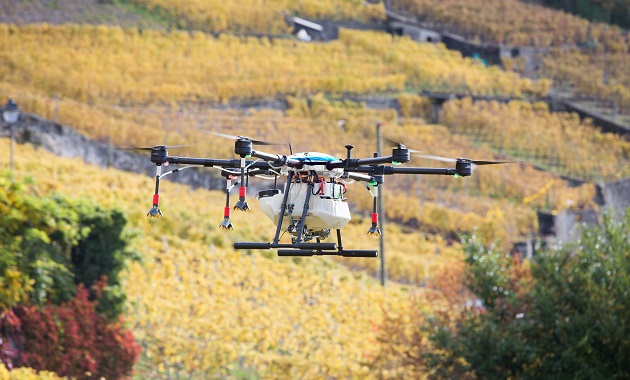 The webinar “Agritech Drone Applications in Western Switzerland”, organized in partnership with JETRO Geneva, focused on the latest developments in agricultural drones and robotics in the region, fostered by Switzerland’s mountainous land and attention to organic farming.

As the webinar was intended primarily for a Japanese audience, Takashi Wada, Director General of JETRO Geneva, and Thomas Bohn, Executive Director of GGBa, started off with a brief introduction on Switzerland, mentioning its commonalities with Japan and describing its unbureaucratic business environment. They then gave the floor to the drone and agritech experts and entrepreneurs.

“The origins of the Swiss Drone Valley date back to the early 2000s, with Prof. Floreano at EPFL and Prof. Siegwart at ETH Zurich pushing the development of flying robotics. Back then, the Swiss legislation was five to ten years ahead compared to the rest of the world, allowing companies to test and fly their drones in a real-world environment – something unimaginable in the rest of Europe or the US”, explained Cyril Halter, COO of ecoRobotix. Mr Halter is a renowned drone expert, having previously co-founded award-winning company senseFly (now part of Parrot Group) and served as COO of Wingtra. “Today, the region between Lausanne and Zurich is the most advanced place in the world for developing and implementing almost any kind of drone: it is home to over 80 drone-related start-ups covering areas such as sensors, traffic management, data analytics, flight systems and delivery”.

Alain Schacher, Director of Agropôle, recapped some of the advantages of Switzerland for international companies: “We are a small country, and who says small says flexible, nimble, adaptable. We speak four different languages, which also contributes to the overall dynamism and to making Switzerland an excellent test market: what works here, works in the rest of the world”. Mr Schacher also emphasized the high density of players working in agrifood tech and innovation. From multinationals (Nestlé, Bühler, Firmenich, …) to start-ups, over 300 companies make up Switzerland’s unique ecosystem. They have access to leading universities in the field (EPFL, EHL, …), as well as to innovation parks where they can develop, try out and refine their ideas. Among them is Agropôle, which provides several hundreds of hectares of land for trials, as well as 35,000m2 of industrial space combining administration, production and logistics.

Three start-ups pitched in the second half of the webinar: Aero41, ecoRobotix and Gamaya. Aero41 has developed a drone for crop protection, which includes a smart AI platform that collects data to make the process more and more eco-responsible. While in Japan drones have been used in precision agriculture for the past 20 years notably by Yamaha, this application is relatively new in Switzerland and in Europe, where it was first introduced by Aero41 in 2015. EcoRobotix is active in precision weeding: its fully autonomous robot uses AI and artificial vision to spray herbicide directly on the weed, rather than the crop – a welcome innovation considering that 95% of chemicals used in farming miss the target and end up on our plates. Gamaya improves the efficiency and sustainability of crop production through digital agronomy solutions enabled by remote sensing, hyperspectral imaging and AI. It has an extensive product portfolio in sugarcane and soybean and is currently active in Brazil and India. 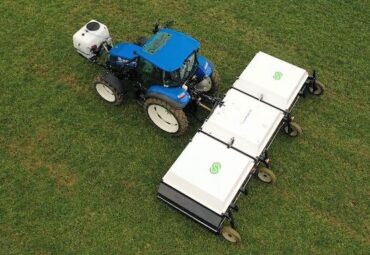 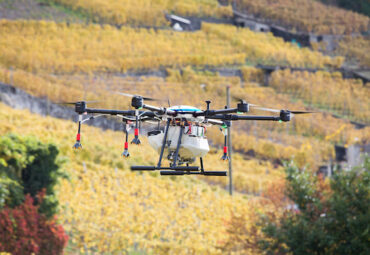 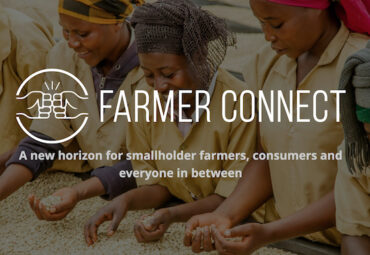